At the beginning of the episode, Anurag arrived at the NGO and started distributing gifts among children. Kajol gets happy after watching this side of Anurag. Children admired Kajol’s beauty in front of Anurag. Anurag asked about Kajol’s health. Kajol shows gratitude towards Anurag for dropping her at home. NGO’s manager introduced Kajol to Anurag and said she loves children so much. Two children were fighting for one chocolate, so Kajol distributed chocolate in two and made them happy. Anurag asked Kajol to sing a song for children. Kajol sings a song. All the children started dancing and enjoying Kajol’s song, Anurag gets happy after watching Kajol enjoying with the children.

After that children gathered in the dining room, Kajol and Anurag give cake to everyone. A small girl asked Kajol to come back to meet everyone. Kajol decided to go home and she called her aunt and informed her that she will be at home soon. Kajol was waiting for a cab, Anurag said he can drop her at home. Kajol refused to Anurag, but he said he didn’t want her family to wait for Kajol. Anurag and Kajol sit in car. Anurag turned on the radio and romantic songs were played on that, so they both felt awkward. Kajol said she enjoyed a lot with children and want to meet children again and again. Kajol’s mother and aunt were getting worried about Kajol.

Anurag shows gratitude towards Kajol for meeting children and decided to teach singing to children. Anurag said his mother also used to enjoy the company of children. Kajol also admired Anurag’s mother and said children also used to love his mother. Anurag asked about his mother from Kajol. Kajol shared some funny moments of her childhood when Anurag’s mother and she ate tiffin together because Anurag’s mother was Kajol’s teacher. Suddenly a group of men arrived in front of Anurag’s car. They pretended as they were baggers when Kajol decided to give them some money. One of those men took out a knife and asked Anurag to give all the money to them.

Anurag throw his wallet in front of them, Kajol was going towards the car but then again that man pulled her. One of those men asked Anurag to go home without Kajol. Naina get to know that Kajol did not arrive at home and she started her drama. Kajol’s aunt said Kajol is coming soon. Naina said Kajol is not trustworthy and tried to provoke everyone against Kajol. Kajol’s aunt shouted at Naina and asked her to stay silent. Anurag fight with that men and beat all of them. Someone hits on Anurag’s head and he falls down. One of the men was going close to Kajol, suddenly Anurag stood up and saved Kajol. 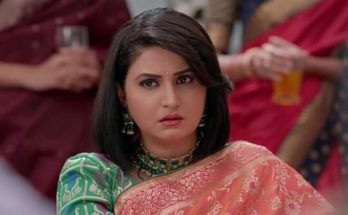 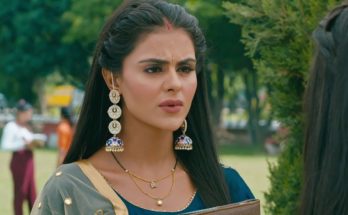