Rajan Shahi’s “Yeh Rishta Kya Kehlata Hai” the Goenkas have gathered to celebrate Bhai Dooj, but everyone is upset. Akshara decides to cheer them up by getting some balloons and asking them to pop them. Once they all have a smile on their faces, she tells them that now they can enjoy the festival.

Kairav goes to get the camera while Akshara decides to get her guitar. Kairav finds it strange that Akshara is unable to tune her guitar. When he checks the camera, he finds photos of Akshara and Abhimanyu and realizes that they both love each other but Akshara gave up on her love for Aarohi. Kairav then asks Akshara to leave the house for her own good.

Akshara breaks the news to the family that she is going to Pune for a course on music therapy. While everyone is upset, Aarohi is happy that Akshara is leaving the house. The family gets emotional while Akshara is leaving and Kairav asks her to change her number as well.

Meanwhile, the Birlas too are celebrating Bhai Dooj and they are upset because Abhimanyu is not fine.

In the upcoming episode, we will see that Neel calls up Akshara and asks him to talk to Abhimanyu. Meanwhile, Abhimanyu gets into a fight on the road. Will Akshara be able to talk to Abhimanyu? To know what happens next, keep watching “Yeh Rishta Kya Kehlata Hai”. 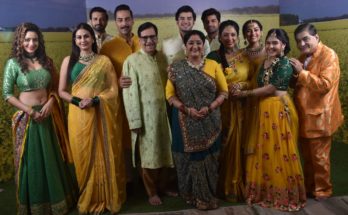 Anupama 2 December 2021 Spoiler –  Baa apologises to Anuj and GK, Vanraj welcomes them for the celebration 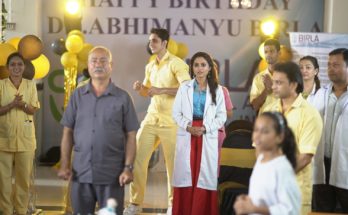