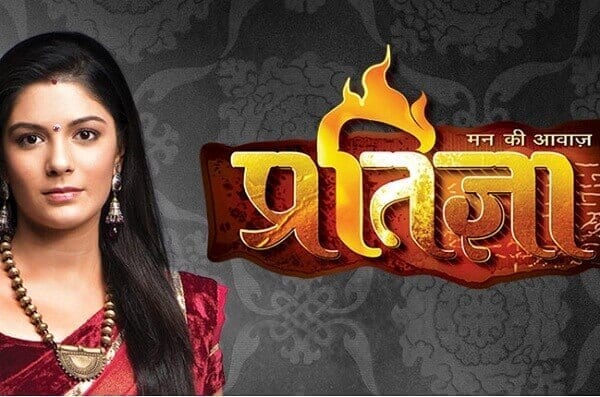 At the beginning of the episode, Sumitra tells Samar that he needs to support her. Samar told her that they can’t kill Garv and Kriti. She told him not to fear as they can’t do anything. Samar says that they are doing wrong as Krishna was about to send him to Jail but Kesar stopped saved him. Sumitra told him it was her fault believing on him. She told him that she can alone manage everything. Samar says that he won’t let her do anything but She locked him inside a room.

Sumitra made a fake call to Pratigya and told her that Krishna meets in an accident. After hearing this she rushed to look for Krishna. On the other hand, Sumitra drag kids and locked them in a room. Pratigya went to the market and suddenly came across Krishna. She feels relaxed after seeing that Krishna is fine. There Samar was thinking that he had to do something to save kids.

Pratigya informed Krishna about that unknown call. He told her to calm down as he is fine. Komal was waiting for Adarsh. She found a note on a table left by him. Adarsh wrote that he was willing to take revenge but he can’t be so cruel as them. Komal screams after knowing that Adarsh left the house permanently. On the other hand, Samar went to Krishna and Pratigya and informed them about Sumitra’s conspiracy.

Sumitra locked the door and started sprinkling kerosene oil. They reached there and tells her to stop. Sumitra put the house on fire. Krishna and Pratigya anyhow rescued kids. Sumitra was escaping from there but Samar stopped her. Suddenly fire catches Sumitra but Pratigya saved her.

Later Krishna saw Komal sitting upset. She acknowledged him that Adarsh left her forever. Krishna told her not to worry he will bring him back. Pratigya came over there and acknowledge the whole truth to Krishna about how Komal forced him to love her. After listening to all this he suggested Komal move on.

Pratigya came to Garv and thanked him for taking the right step. She told him that she is very happy to see this. Then Pratigya convinces him to forgive Kesar as it wasn’t her fault. Samar told her that Sumitra manipulated him. Police arrested Sumitra. Before leaving she apologized to everyone for what she did. Pratigya told them that they should be walking on the right path and leave the rest on God.